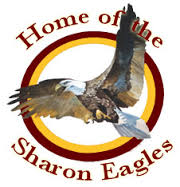 In 2013, the district commissioned an existing conditions study by SMMA in order to determine future capital needs at SHS. The resulting report highlighted significant concerns. Among them was the fact that few spaces meet current educational requirements as established by the Massachusetts School Building Authority (see maroon in picture below). Additionally, there were numerous structural concerns, as well as areas that do not comply with the Americans with Disabilites Act (see circles in picture below).

In the spring of 2016, the district began exploring the likelihood of securing state funding for renovating the existing facility or building a new high school by submitting a Statement of Interest to partner with the Massachusetts School Building Authority (MSBA).  In February of 2017, SHS was one of three high schools in MA to be invited into the MSBA's 2017 Eligibility Period, which is a 270-day timeframe during which the district must secure community support to enter into a Feasibility Study. The school district is seeking that interest at town meeting on November 6, 2017.